The Railwaymuseum opened in 2006 with a brand new building containing four different sections of which one was visualised by me. The project was a coöperation with Michael Helmerhorst who became responsible for all the filmprojections for this ‘world’. Then it was called Wereld 2, a ‘trip to the Oriënt’. The name has in the meantime changed into ‘Dreamtravels’. Important was the display of two original wagons of the Oriënt Express in the heart of this ‘world’ (3). The space also contained a travel agency (2), a little mid-eastern side-street (4) and an exuberant ‘oriëntal theatre’ (5). The excursions through this world are guided by actors.

The main entrance to the oriëntal world is like stepping into a fancy-fair but in fact leading to a travel agency through a little hall. From there you step directly onto the platform with two wagons of the Oriënt-Express. 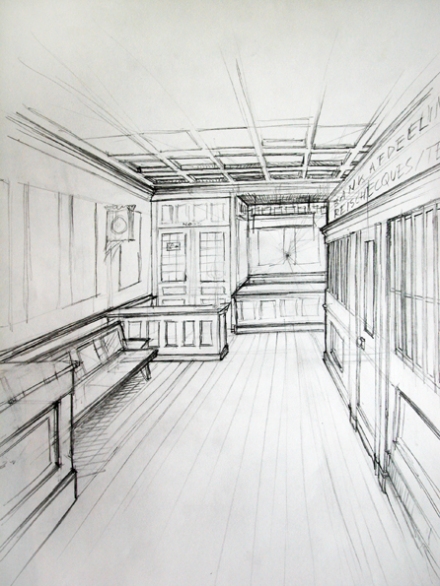 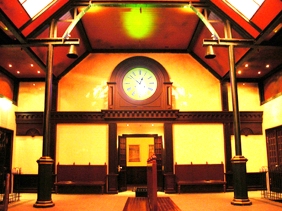 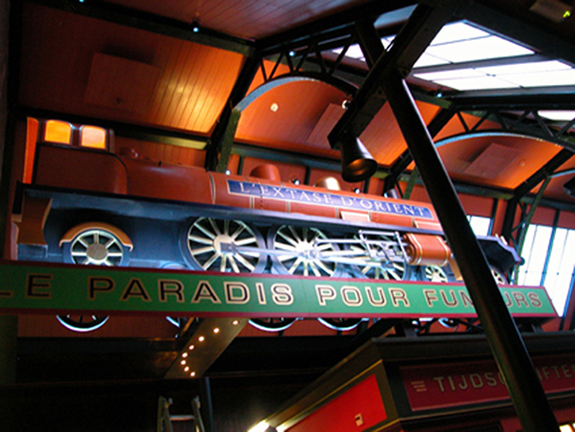 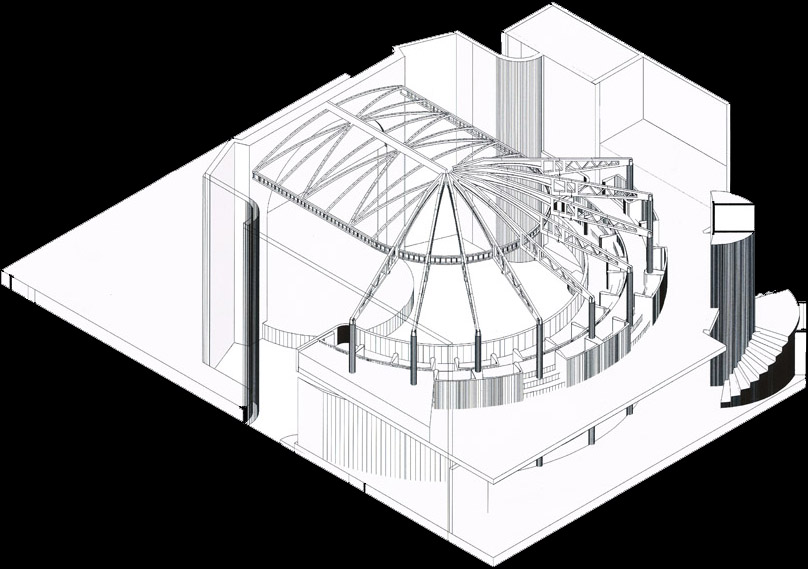 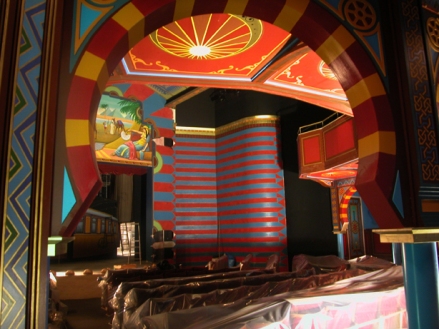